Had a pretty quiet few months for posting – I think I post less now I have more energy and am feeling well enough to be outside or with friends. The combo of more physical exercise and working five days a week now means much less spare brain time for writing! Realised it is about a year since I started the methotrexate and started to go downhill fairly swiftly. Going to be quite an emotional few months looking back over last year! Just had another guff INR test – went from being very stable a few weeks ago on a regular 6mg a day, to dropping suddenly… Dose was tweaked up and the result improved a little and now it has dropped again. Dose tweaked up even more now and back to weekly checks for a bit 😦 Only thing that has recently changed meds wise is slight decrease in pred and stopping the pregabalin (nerve painkillers) and JUST started amlodipine for my mentally high blood pressure, as picked up by Consultant in an outpatient appointment a few weeks ago. Amlodipine is fun; started off on 10mg a day and I am finding my heart goes like the clappers sometimes… Pretty standard side effect apparently. No swollen ankles yet thankfully. Never want memory foam feet again! Quite hard to decide what is bearable, but trying to stick it out until bp check next week and if it has had a big impact will see if I can get away with 5mg a day instead!

Anyway, waffly update has been slowly being compiled for many weeks now as I knew I would want to splurge at some point. One of the absolute highlights of the last couple of months was Team Toetally Awesome running variously the half marathon and the relay for the Edinburgh Marathon Festival. £1680 was raised – see Toetally Awesome on JustGiving Given that the initial target was increased to £1000 this is pretty spectacular!! James, Izzy, Emily, my wee bro Connor and Callum – on behalf of myself and Vasculitis UK, thank you so much!! Lauren (a school friend, Uni flatmate and general co-shenanigator since the dawn of time) also smashed her fundraising target, raising over £260! I am so chuffed to have been able to be there, although getting to the finish line was not easy at all. Took several modes of transport and a pretty gruelling walk to and from the bus. Even those amongst us who were super healthy were struggling – the runners were all a bit stiff and/or limpy! Mega thanks also to Mum and Dad for everything that weekend. A lot of organisation and feeding happened, not to mention the financial input…! 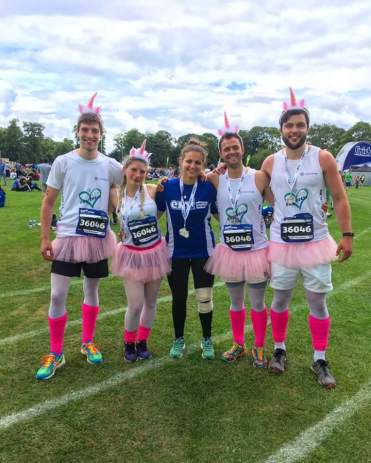 It was cracking weather whilst up in Scotland and I had a bit of a walk and a paddle in the Loch! Still can’t properly swim as the hole in my hip has a dressing on it, but saw practice nurse this morning and… I would hope as soon as next week I will be sharing a really gross picture of the healed wound! It is majorly delicate and essentially a huge purple bruise type scar, but has finally sealed over completely and now just a case of letting it toughen up a little whilst protecting it a bit still!

The last two months saw me starting back at work (beginning of May) on a phased return… The phased hours are now finished, so up to a new weekly max. deliberately set up as a new contract to be able to stay in work, despite having variously crappy spells. Although still getting brain tired some days, the reduced hours mean I can manage this more flexibly at home and have sofa nap time midday when required. I have essentially sacrificed a big chunk of what was already a relatively low income, in order to try and have the physical strength and stamina – as well as the mental energy and enthusiasm, to get some of my life back to normal. Was a bit of a gamble, but so far I feel like it is paying off.

I have managed to be a little bit more myself sometimes with the socialising – much more music lately! The odd local pub gig and even a cheeky night out to Lancaster to watch my faves Bad Transmission playing an excellent set! I wasn’t too worried about it, but it is taking some getting used to having nights out sober when others are not… More for the being much more aware of everyone else’s moods and people being a bit more unpredictable than how I am feeling myself. Dancing when sober is surprisingly easy when you are overwhelmed with joy at the fact you CAN! I have still found I get a pretty walloping fatigue hit afterwards, but that is really not too surprising. I don’t know how much of it is the underlying disease and how much is lack of muscle strength, but I definitely get the wobbles after doing anything exciting and my ankles are the very devil for stiffening up! Sometimes before I even get in and collapse, which means I start walking like a penguin 😀 I could hardly get up the stairs without crying at the end of last summer, so to be able to have a bit of a dance feels incredible anyway, just need to take it easy still 😉 Below pebble painting was done whilst waiting for Bad T to do their warm up, pre-gig… Note also a lovely snail called James… 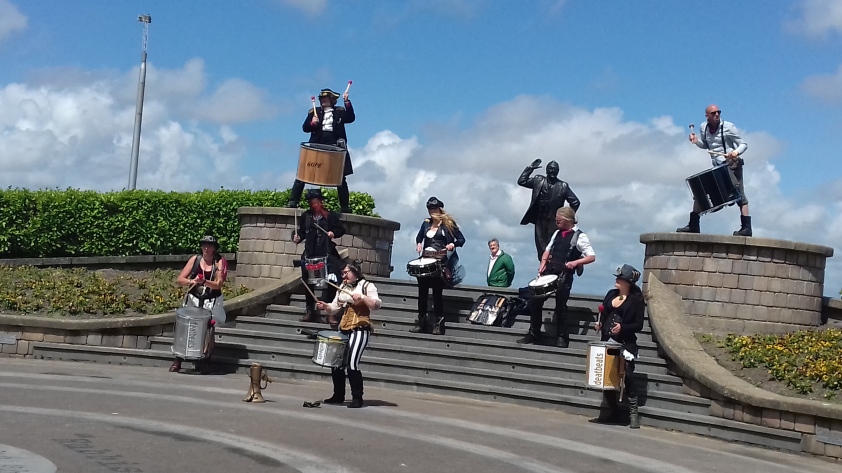 Another nice wee bit of news; we have a lovely new shop in town, with beautiful vintage and colourful boho and festival style clothing. Colourful and wonderful says it all really!! She was kind enough to display some of the cards a support group buddy designed, in order to raise funds for the charity.  So far over £300 has been raised by selling these cards and plans are afoot for further designs in the future 🙂 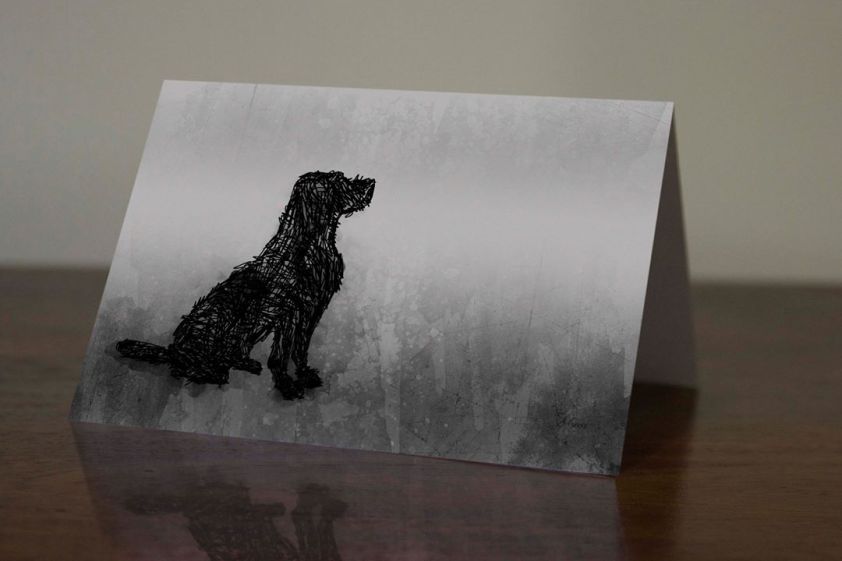 Have had my first brush with chickenpox exposure too – inspired me to finish off making a document for the support group files that I started a long time ago. I think it was even back in hospital…?! The question of what to do if (as someone immunosuppressed/with vasculitis) you are exposed to chickenpox or shingles comes up time and time again. The file I made is visible below and even if you are not in an at risk group, it may give you some idea of just what those of us who are have to think about… GUIDELINES FOR CHICKENPOX AND SHINGLES

I also made one for what to do in the case of a suspected infection. This covers all manner of sins, but even knowing this info, many of us – myself included! – are very guilty of trying to avoid hospital admissions. Personally, I used to feel like it was giving up in a way, even when I was getting increasingly ill and was not getting any proper treatment and had a toe giving me so much pain I was sleeping in 20 min stretches. I really used to try and hold out as long as possible, until eventually I went in and wasn’t allowed out for several months! The trick being, seek advice as soon as it becomes apparent and you can maybe avoid it getting worse 😛 GUIDELINES FOR SUSPECTED INFECTION

Recently ticked off a bit of a yearly milestone – Another Fine Fest, a locally organised event on its third year now, as a celebration of our home town’s very own Stan Laurel’s birthday. Cumbria Live write up!  Lots of music all day on Saturday – was a little bit more careful than previous years and only went to see a few things to limit the walking around! Made a giant cardboard banana but didn’t actually take part in the banana parade/dancing… Highlight for sheer joy factor was the official World’s tiniest club hidden in an alleyway… Had a dose of Bad Transmission and Deatbeats… Downside was it being ridiculously hot; made me feel really shitty for a few days afterwards, with joints feel swollen and super tired. This was from even BEFORE the day of music and fun on Saturday (I napped halfway through!) and I was even more careful yesterday. I was actively wishing for rain, which would probably have DAMPENED the mood a little (heh heh)… After a few more melting hot days, it has finally had a few cooler days here with persistent drizzling today, very reminiscent of the bit of Scotland my folks live in 😉

Aside from that, trying to make decisions on things like kitchen tiles and not get quite so overwhelmed and fretty about tiny silly things like dogs barking and bigger pointless fretting about things like INR results and hair loss!!