This week is week two of Vasculitis Awareness Month and it has been truly lovely to see so many people getting involved in sharing snippets of their daily ups and downs whilst living with this disease. Lovely in a weird way, as it obviously isn’t at all nice that so many people have hidden struggles, but the way some people find nuggets of optimism or fun is downright inspirational.  A lot of the quotes made by Kelly for us to all share are based on finding positives and celebrating the strengths we have, rather than sinking into a pit of gloom when we are knackered or in pain… Below are some examples! You can pinch any that you want…

On the theme of awareness, Little Broo and his lass have been hitting the streets doing a bit of fundraising for the Vasculitis UK charity, in advance of their upcoming efforts at the Edinburgh Marathon at the end of May. He wants me to make it clear that it was 90% her doing, as he was at work and joined her afterwards… An amazing £170.32 was raised bucket rattling in one day – starting at disgusting o’clock in the morning (6am) to get commuters on Cannon Street station in London! One wonderful gentleman gave her £20!

***PICTURE OF VOLDETOE A LITTLE BIT FURTHER ON – LOOKING QUITE GOOD!***

Fun things recently have included being told my INR levels – still being tested through the Finger Prick of Joy – are behaving enough for testing to move to fortnightly!! My only blood test this week was therefore for EVERYTHING for my consultant to check on. Things don’t look too bad at all – my CRP and LFT’s are a little bit worse than they were in March, but… I have dropped pred and have not had a dose of chemo last month, so I can understand that really. The one that looks a bit iffy to me is the high red blood cell distribution width vs low mean corpuscular haemoglobin – one being higher than ever for me and one being lower than ever. Not exactly massively excitingly so, but general trend would indicate I am possibly anaemic, despite taking ferrous sulphate on a pretty regular basis. To pacify anyone worried about my tendency to poke my nose into my blood test results and then visit the internet, I like learning how I work and, more importantly, I won’t be panicking or doing anything exciting medication wise without my consultant telling me to 😉 He did recently suggest I could stop the ferrous sulphate so this would maybe suggest otherwise!!

**Edit** Consultant is perfectly happy with everything – I was looking at a breakdown with excessive detail, but the overall picture is not concerning him at the moment.

Last week I got to see my favourite podiatrist (my only one as well!) for a catch up. Mainly to show her Kevin to be honest; she last saw me before Christmas whilst between admissions, when Death Toe was an absolute state, but still attached. She had a good check over everything and agreed my toes look the best they have done since I very first saw her, over two years ago now. Yay for drugs! Voldetoe is the only one still being a poo. See below… She lopped a scabby bit off that was catching on my socks and basically said I was ok to keep going as I am, and just to get in touch asap if anything starts to look suspect or changes quickly. For anyone who remembers the epic blue mottling, look at the difference! Only that one idiotic toe is still a vaguely blue shade all of the time and nowhere near as prone to being ice cold or painful. Good times! 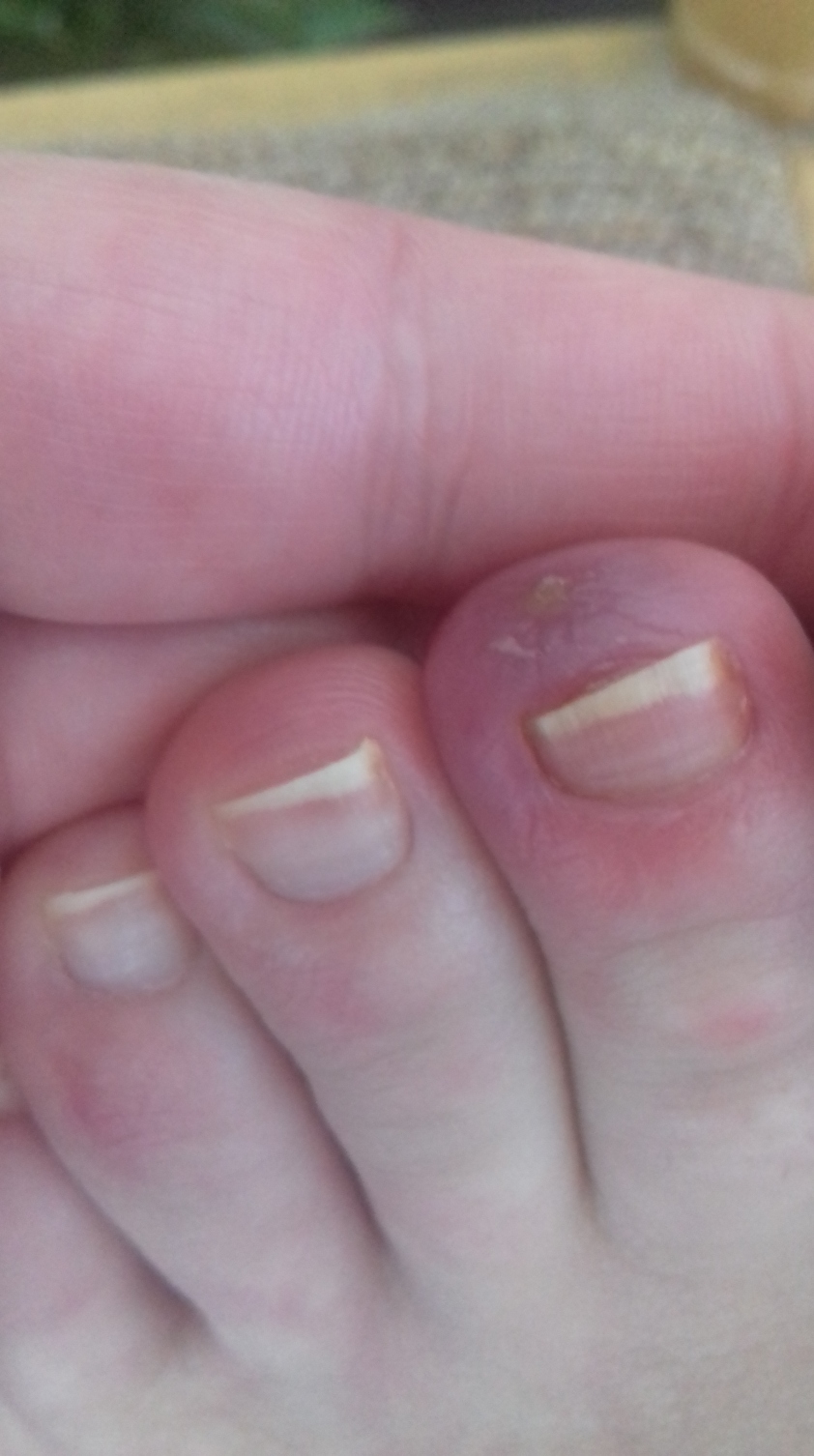 Voldetoe – look how much better he is!

This month was the start of me going back to work after many months off; so far it has not been too traumatic! I had many hundreds of emails, have had to change ten billion passwords and had to get IT to help me hack onto my pc at home, as it needs too many layers of passwords to connect to the network to be happy with anyone who had recently reset everything… It was quite exciting; made me wonder if professional hackers spend all day – night… Squeaking in glee at their own (IT’s…) cleverness.  So yep, phased return is going nicely. I haven’t collapsed dramatically or anything, and have remembered basic things like how to use a mouse.

The following isn’t technically anything to do with work, but a good sign that my brain is feeling more alert… There was a recent post in the support group discussing how to drop daily pred doses at a rate that people can manage, without suffering from walloping fatigue and joint/muscle pain as a physical backlash. It made me curious, so I had a little dig and tried to find out a bit more… It is a lot easier to reduce the dose at a faster rate if you haven’t been on them for too long at a high dose, but for some people that is sadly not the case. As well as a whole host of delightful side effects (moon face, insomnia and general weight gain and bloatiness (a real word from now) to name but a few!), long term steroid use suppresses your body’s natural steroid production. Cortisol is the human body’s natural equivalent to prednisolone, produced by your adrenal glands in response to illness or stress. For this reason, at around 7.5mg (depends for each person) you need to slow down the taper to allow your adrenals time to activate and get back to normal production. Personally, I noticed a sudden increase in energy (don’t be excited. I mean less sofa hours per day!) at around the 6mg mark, which I would like to think was possibly the point at which my adrenals got back into action, thus making me extra steroided up in an overlap situation (also a real phrase). Not exactly sure it works like that, but funnily enough, googling ‘extra steroided up’ doesn’t produce many peer-reviewed results 😉

ANYWAY: I made a spreadsheet 😀 I realised from this particular post that a lot of people who get to the 7.5mg (approx.) mark need to start tapering slowly (which I already knew), AND need a system to help remember where they are each day dose wise. One of the admin has previously told myself and others about a system she calls ‘dead slow and stop’ which has worked for a lot of people, particularly when dropping after a long time on higher doses, or if they are struggling to get below 7.5mg without repercussions. I volunteered to have a crack at making something to help the author of the post and my brain WORKED!! Also it meant playing with formula a tiny bit on excel, which alternates between being my most hated thing in the world and the source of hours of joy and faffing. Ta daaa! I love having outbreaks of dweebiness 😉 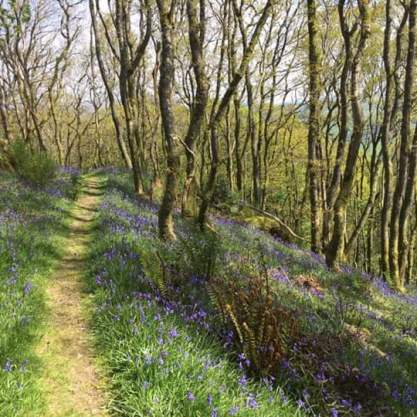 The above and below were taken on the east side of Coniston – first proper BBQ of the year and a wander on a very nice sunny evening. Felt so good to be able to walk and carry things, and to not be in pain the entire time, or wishing I hadn’t said yes! 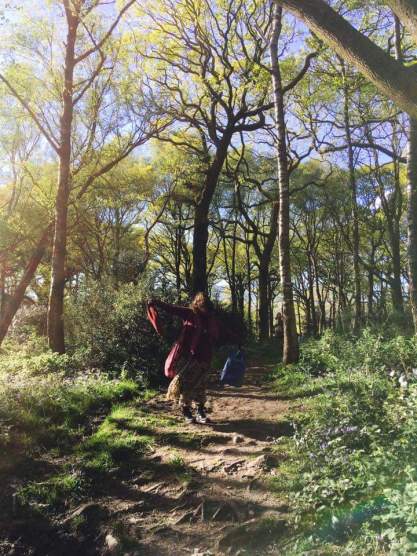 We also found a friend, who I named Eric.

Despite how awesome it has been to be able to get out and about more, I am definitely overdoing it with the walking/general ‘doing a thing’ some days. I am finding it very hard to settle on a consistent level that doesn’t leave me on the sofa whimpering the next day. My body really wants to move now – I am getting urges to dance and wander to the park. Some days I have two GP appointments and the walk down (maybe 100m?) used to have me in tears or asleep in the waiting room, but I am now managing there and back pretty easily, unless I am stiff from the day before. Today for example, my back is very sore and my ankles are stiff and sore, because I overdid it yesterday. I took it easy today and hopefully should feel up to careful walking again tomorrow, but it is hard to up your levels of activity whilst restraining yourself so you don’t end up a whimpering mess on the sofa

Some days it feels like my hip is trying to pop out >.< Knees are so much easier to crack with a gentle stretch… The only thing that seems to help move my hip back to where it should be, is some kinda of Pilates warm up back roll I learned a long time ago off Mum.

The exercises the physio has given me are largely based around strengthening my upper leg muscles again, so as to stop my knee and hip joints taking all of the impact when walking. It was obvious when she explained, but you cannot actually strengthen your KNEES! It is definitely working; so much so that last week she said I don’t need a follow up, and am just to get re-referred by GP or contact her if I am struggling! She is pretty chuffed (as am I!) with how quickly I am getting back to walking around normally, but was warning me against getting overly excited. Problem is, what for most people isn’t classed as exciting exercise, or particularly strenuous, is pretty tough on your body when you barely moved for over six months 😉 Although not to the level some people have to, I did literally have to learn how to walk normally again, as over a year of limping and walking with my foot squinted up to avoid toe-floor contact is hard to undo overnight. It also had a knock on effect up my right side, where I was using a stick for so long, which is why as soon as I was stable enough not to fall over I stopped using it!

Final mention must go to the pub. Or The Return of Kath in the Pub… I have ventured into such establishments a handful of times now since my release/Death Toe chop. We have an awful lot of them in my town, so it would actually have been quite hard to avoid them. It has also meant I can indulge in some live music, one of my all time fave things to have happen in my vicinity. Good sides to all of this? People time is ace. Music is generally ace – I am forewarned and can thus pick what I encounter. Catching up with bar staff who I haven’t seen for MONTHS is heartwarming and has even been a bit tearful in some instances. I feel a tad concerned they missed me for the wrong reasons! I am not drinking any alcohol for the foreseeable future due to the warfarin and general state of my system; partly I want to be able to confidently blame any dodgy liver function tests on the disease, rather than any intake of booze! I never drank frequently to excessive levels, but did used to like a few rums or gins… Equally though, I can happily be in a pub or around other drunk people without having anything, which leads neatly to: Complaints! On the most recent of my ventures into local nightlife, all I drank was a cuppa and a bit of lemonade – at most a pint’s worth over several hours – and I was struck with the WORST insomnia. 5am. Not cool. Lemonade is thus the enemy from now on. Coke was already on the banned list, due to me suspecting it has made me acutely awake on previous occasions. Tonic and lime or soda and lime from now on… Or soda and blackcurrant…

Now Sir Terry Pratchett and I are going to bed 😉